Comments are Disabled by markydaysaid 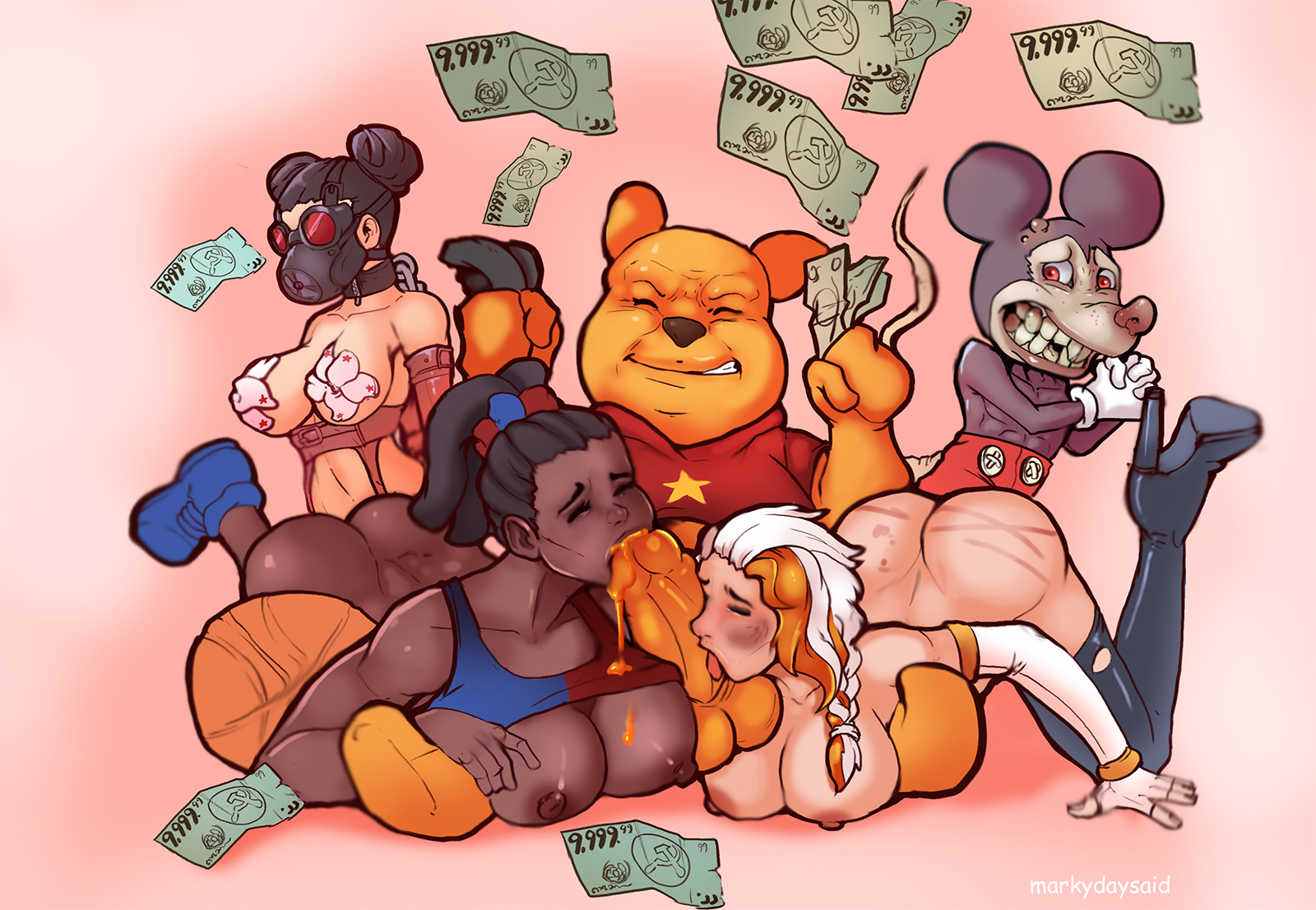 After Tumblr I told myself (and my patrons) that I'd stay away from politics, but censorship and repressive cultural puritanism are my triggers. Obviously there are other problems in the world than China enforcing its mediocrity onto everyone and everything, such as climate change, and the fact that Donald Trump might be settling himself up to become the American Caesar, but I do't feel qualified to talk about those. Free speech I get, though. I'm a pornographer, and I do this for fun. I realize that I'm the lowest form of art, and of life, and that if any amount of censorship or social 'standards' become enforced by the strong arm of the government, that I'm in the first wave undesirables.

I want to believe that it's all just a big show, and that none of it really matters, and that the world is never going to go through somersetting like WW2 again, but . . . I dunno. Just don't take any of this for granted. You may be telling your grand-kids one day what the internet was like before the Chinese Firewall went up over the entire global network.

FIGHT THE POWER WITH SMUT!!! LEWD THEM! Haha, love the picture, Mark.

For what it's worth they have no power to enforce it at all - I know an artist in Venezuela who continues to churn out NSFW commissions while slowly saving up to one day get out of there.

Yeah, exactly. Like how the United States is a "free" country, if you're willing to accept a heavily diluted and culturally specific understanding of what "freedom" is. China has never been truly socialistic in its history (in my opinion), I think their claim to Communism is basically just rhetorical.

Thanks. Ultimately, I am too small to be worthy of notice, but even in the face of futility I think it's important to be consistent.

Disney is shilling for the Chinese money.
If it wasn't for China, a shitton of movies would have way better plots

What are the other two? Do I need to step my game up?

naw, they weren't sex-related. one was a "Mad" (Magazine) mashup of Pooh and a Tim Burton movie, the other was a movie about Jerry Seinfeld as a cartoon bee.

i hope HK becomes its own Democratic country, free from the chinese gov.

Hopefully. But I think we're going to see it turn in to Nanking 1937, with the PLA in the role of the Japanese army.

So I get Pooh and Micky but who are the ladies?

The White/Gold hair is Jania Proudmoore from Warcraft (A Blizzard property).

I'm guessing the black girl is a representation of the NBA? Just an educated guess given the situation.

And the one in the gasmask is Mei, I bet.

Trump isn't high on my list of positive things right now (his lack of action on certain issues being the reason), I can say that if it came down to it, I'd rather have him as dictator than any of the other choices from the last 20 years.  He's at least good for the economy and he isn't trying to take away Constitutional freedoms.  Someone needs to sit down with him and explain why Jack Thompson is a fucking moron, though.  Don't touch my violent video games.

I really think that Trump's only good qualities are his luck and his sense of humor. I don't think he's that smart, or successful really. I think he's just lucky and dumb, and we have a system that rewards people who are lucky and dumb so long as their rich and charismatic. He's like one of the 'chads' in my cartoons.

Trump's best quality (and the one that got him elected) is that he fights back and doesn't take any shit from the Nazi fucktards calling themselves "Democrats" or their paid bitches, the lamestream "media".

also LOVE THIS and thank you for making it! I really appreciate it, instant fave

It's fun how people jumped to claim that "Trump bashes vidyagames because republican" 24/7 while happily ignoring that the democrats and all their media have been flinging a constant stream of shit and toxic waste on videogames and their audience during the last whole decade, going ballistic after 2014 when they started to spout the "gamurz are dead" headlines and whining when people got pissed.

i love your art

I am Brazilian and If you can make any joke draw of our crazy president, I would be very grateful.

My only rule is that I don't draw any actual depictions of real people, but I'm very open to the idea of using analogies and symbols, if you have any recommendations. I only have a very superficial understanding of Brazilian politics. They say that your preisdent is like our president, and that he is dismissive of the native peoples.

The biggest remover of CO2 is oceanic algae.

And the Amazon rainforest does a pretty good job of protecting itself.
And killing environazi's is a good thing, as the Brits found out when they beat the living dogshit out of that fucktard in the subway station.

Good job. The Chinese people are great but their government is evil.