Hello, my name is SlutWriter. I write hypersexualized smut stories. I admire many of the artists here at HF, and they inspire my work. This is only part of my archive. Anything that depicts characters below the age of 18 is located at  or .

Commissions:
For more information about commissions, please check out my Twitter or Discord server.

My email address is if you have a private comment or request.

I have only just discovered you, but I have to say that I am REALLY enjoying reading your stories.
I am a personal fan of raceplay, even though I have only recently discovered this fetish of mine. I am alright with Blacked which is black dudes with non-black women, but I find that Blacked is far too common and it has become stale for me.
But a much rarer thing is Bleached, which is white dudes with non-white girls. I especially love white dudes with black girls, and I see you have a one, that being "Desiree Gets Whitewashed" (I cannot figure out how to put the thing over the e, and it's killing me).
I wouldn't mind more of stuff like this. Though personally I push raceplay to the extreme, even going into severe racism territory. I don't believe I'm racist... well, everyone is a little racist because there are differences that come with having groups of humans evolve separately from others continents away for hundreds possibly thousands of years, but I don't believe I am racist beyond what comes naturally for groups who evolved separately for long periods of time.
Though the act of being racist for the purposes of sexual gratification is something that I won't deny is one of my biggest kinks. I don't believe white people are superior to any other race, as the differences between the races aren't in the realm of "worse" or "better" as they are fairly neutral, but imagining that white people are superior and are conquering the inferior race... is very hot.
I know a lot of people would have problems with what I just said, as people are very trigger happy with the "racism" card and label these days. But I realized that, these are my kinks... and you've written stuff that has very much included my kink, so it's not like you'd be totally against my kinks.
Fuck... I just realized I've written a massive wall of text of what is basically "GIVE ME ATTENTION PLZ" and that's not what I want. Oh well, I spent all that time writing it out I'm leaving it in, I'm too lazy to rewrite everything right now.
The main point I want to focus on is thus: You write fantastic stuff, and I am hoping I see more white guy X black girl raceplay works from you.

Hi there, thanks for the thoughtful comment. I'm glad you enjoy my stories. I write about many different subjects are various levels of kink and taboo, and there's always a chance that I'll return to the subject of white male/black female taboo raceplay.

Hey man. Huge fan of your work, I absolutely LOVED: "My Mom and Sister are Size Queen Sluts." But I can't seem to find any of your other stories. When I hit the Stories tab, it simply says: "No Results Found." Is there any way to fix this?

Heyup, I couldn't find on the site if it was complete or not, so is Bad Mother Support Group complete?

Yeah I'm pretty sure it's done.

Happy Easter to you as well!

Hey slutwriter, I'm lordofthecosmos, I'm a fellow writer here. I have a quick question, if you have the time, could you read through some of my recent stories and let me know if have any tips for improving my writing. If not, that's cool too, i'm just looking for people to critque my work as I'm always looking to improve myself. If you don't wanna do that, then have a nice one regardless! Thanks!

I have a server which is linked above.

Wanted to send these as a St. Patty's day gift, but between patreon and our recent chats,.....hope this brings you some relief.
Has monster-cock, shota, defilement....eh, I think you'll like it.
Introduction into a new culture would certainly work as an advantage to fuck your sister-in-law.
Hope you enjoy, if you haven't seen them already.

Hello, i really enjoyed your story dickgirl washroom. Im aware that you never plan on continuing it. I was wonderi g on whether i could have a go at the sequel?  Thanks

Knock yourself out! Just credit me for the original if you publish it, if you don't mind.

Appreciate it!  Ill add your credits
Go to page: 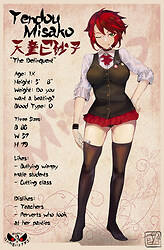