Member Info
Hi there!  I have been drawing naughty pictures focused on the loli inhabitants of the town of Hotwater, USA since mid-2006.  The main girls are Sassie Frass (blonde), Lily LaFae (raven-haired goth) and Mandy Moppet (brunette) and I added others over time.  I don't do commissions but occasionally take suggestions.  ^_^  I am not going to post all 500+ pictures that I have done but if you are interested, feel free to visit lolicit.org to see them all.  Peace.

Hi Guys, I just wanted to say that it's too bad but loli content will be removed from this site.  Obviously that will mean all my pictures will be removed but you can continue to see them at lolicit.org or lah.li or wwoec.com (as long as those sites are up).  ^_^;  I do have a Pixiv account but I haven't bothered to keep that updated, that may change in the future but eh, there is plenty to see at Pixiv regardless.  Thank you to all of you who left comments! :-D

hey fogbank, I was curious as to how safe those other two sites are? Like I know their forum sites, but I wouldn't get in any kind of trouble simply for signing up on them to browse, would I? BTW I live in the US.

I've been a big fan of your work for a long time, and I'm broken up over how this ban affects you and my other favorite artists and writers here on HF. (Sadly, I'm one of those writers.) I'm glad to know that your work exists in several other places.

I've tried checking out wwoec.com, but I was unable to find you listed!

And also, any advice on starting an account on lolicit.org? It seems you have to do more than just sign up to see the art!

Hello Johnbrittish, unfortunately my Artist Page was removed at wwoec early this year but you can still find me in the forums.  Once in the forums, please go to Artists' Avenue / New WWOEC Art.  You will find me there along with many other artists.  That site specializes on Toon characters especially.  At Lolicit.org you have to register and then look for my thread in the forums / Creative / Drawn Arts.  (You might have to write 20 comments overall to see the whole site.)  That place is the most convenient for seeing ALL my artwork without going through 150+ pages of submissions and comments.  ;-)

Great to hear you're on lolicit - I've just signed up! :D

Hey Fog it's cool if I call you that, right? anyways, I have something in the oven cooking JUST for you my friend, I'm just hoping they will let me deliver. So I just wanted to let you know that, however if I can't post it here, I'll have to post it elsewhere where you can see it. ALSO I like to say that I love your work, & please if you are (& haven't let the "MAN" stop you from your skill) too keep up the amazing work. ALSO I feel I should say that I truly love the crap out of Lily. She's like a freaky little living doll that always makes things hilarious in the wildest/oddest of times, even through the animal bits which I'm not too big on in many ways (unless it's really good) but hey that's what makes her interesting. but all in all I simply adore her. So Please good kind sir, keep up the work, & more Lily & Mommy!.... please just asking...

Hello  I'm a fan of your picture
Do you not upload a picture lately in Pixiv?

Hi NightFall-1, those earlier pictures (Sassie02 - 106) will not likely be posted here.  Several of my posts of early works were rejected for not meeting the site's quality standards so I decided to skip the first couple of year's worth of pictures.  I have improved over time so I feel more confident of the later pictures looking OK.  Please visit lolicit.org or wwoec.com or lah.li for all my art.

Thanks for the response

Hmmm... okay, WWOEC Artist Gallery forum, lolicit.org (if it´s up) or, eh, lah.li, is that right?

Wow, you´ve traveled a lot earlier! I once has a friend whose family often followed his father to work, even in not-so-safe countries. Just out of curiosity, did I get the right impression that you´re from South Korea?

Ja, bitte sehr.  ^_^  I lived in Klosterneuburg (near Wien) when I was a child and in Hannover when I was in college.   Traveled around Europe quite a bit (but have not been in the countries east of the Iron Curtain).  It was quite surprising to see highway signs to Prague and Warsaw the last time I visited Austria.  Ugh, I've dated myself.  :-P  And while I spent some time in South Korea during military duty, no, I'm from the U.S.  That's why Sassie & her friends live in Hotwater, USA!  :-D

Oh, and to answer your question about my WWOEC artist page, it was the result of computer hacker(s) harassing the server.  One of their complaints was that my content was "against the rules of the Russian Federation".  So the owner apologized to me and removed it.  That sucked, especially since there is other content there featuring underage toons.  And of course, they did not stop there and did a DoS attack on the site which closed the site for a month or so.  We seem to be past that now but yes, I haven't yet asked if my Artist Page could be added back.   C'est la vie.

Hope to see you at one of the other sites I post at, Nymousano.  Take care.   (And watch out - I may ask for your help in translating a statement into Deutsch!)   Heh.

Ah well, maybe you should ask for the reboot of your WWOEC site. They have a good and lucid site concept.:-(

Next time I have some (time) I´ll take a closer look at the other two pages. :-)

Translating a statement into German? Sure, if my English knowledge doesn´t fail me. ^^

*Just to make it clear, I meant those hackers only. I know some very nice guys from Russia here in teh webz, and I just wanna make sure you know I don´t want to put them in one bucket with those hackers. :-)

...also, how many languages do you speak? Is german one of them (your Krampus-pic)?

Well, my WWOEC artist page was removed but you can still find me in the Artist Gallery forum.  :-)  During the course of time, I have taken two or more years worth of Spanish, German, French and Japanese.  I have lived in Spanish-speaking, German-speaking and Japanese-speaking countries for years when I was younger.  Unfortunately, I have not had much opportunity to use those languages in the past 20 years so...  yeah, now I suck at them.  (Sigh.)  I get help from native speakers of Swedish, Spanish, French and German when I can.

Glad to see your still around man, I MISSED YOU MATE!!!!! so when are you going to continue your new one?

i don't generally read stories on here, but, maybe when u finish the comic, a more detailed story of Justin and Mandy would be awesome.

NP, sam5374, come back in a few days and I will have completed posting the story of Justin and Mandy.  Yes, posting stories takes a while here, unfortunately.  But it took me months and months to complete it originally so at least you don't have to wait that long!  ^_^;

Woah, you really have an impressive gallery... O_o
Noticed you may accept suggestions but don't think you are into fanart...

Faved! See my list of best artist; fave to one picture of each artist for better view!

Amazing the amount of people follow your pederast stories...

Pederast?  I don’t think so – that refers to adult male lovers of little boys and that’s not my scene.   My preference is for girls, not boys.   I will assume that you mean “pedophiliac” stories, Chutonon.

And it always amazes me how many people like furry characters and big-breasted women with cocks.  :-P   Eh, different strokes for different folks.  If you don't like loli, there are plenty of other artists out there.

Yeah, different strokes but same suck degenerates. What's wrong with going out girls your age? Is it easier for your poor social skills to relate with little girls? I like girls my age so we can have something in common to talk about.

Ha, nothing is wrong with going out with girls / women our age!  If I was happily married, why would I come to sites like this?  Why would anyone?  People come to sites like this to indulge their fantasies.  I happen to like 2D loli and 2D schoolgirls.  Did some drawings of my own and got positive feedback so I continued.  And after I got started, I wanted to provide more of a story and setting for my characters so I spend time on a fair number of pictures that have very little sex.   Some people like my characters and art and I appreciate that.  A lot of people don't and that's understandable too.  /shrug
Go to page: 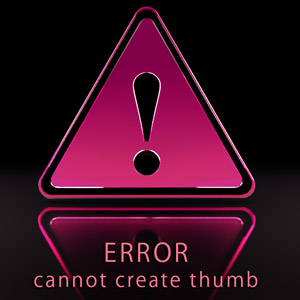